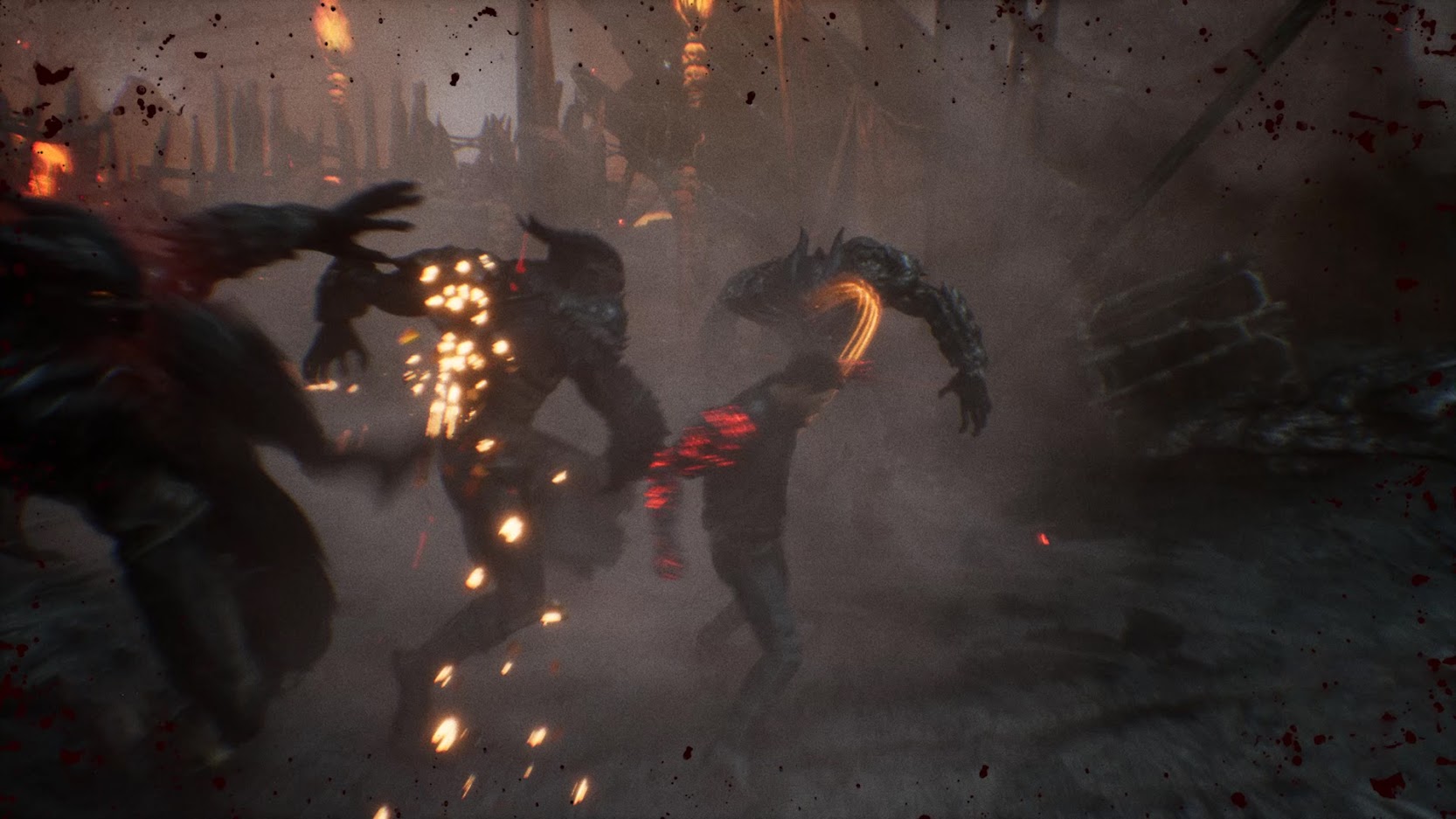 Meet Desmond, a man with a major demon-filled problem who must become the anti-hero we need despite him not being a very friendly neighbor.

When you have characters like Constantine and Hellboy punching demons in the face, there always seems to be room for one more hero to join the fight, and this time, he’s anything but a hero. During PAX East in Boston last week, 1C Entertainment and Layopi Game revealed their upcoming hack n’ slash title by the name of Devil’s Hunt with a 19-minute gameplay demo, which gave us our first look at Desmond, the not-so-friendly demonic ass-kicking anti-hero we’ve been looking for.

Through his adventures, you’ll traverse through Miami, Hell (wait, isn’t that? Nevermind), and Jerusalem along the way, beating down both angels and demons along the way. All-the-while, you’ll be altering the fate of humankind itself, just as Desmond did in the book Equilibrium by Polish author Paweł Leśniak.

Desmond’s adventures only begin after he decided to strike a deal with Lucifer himself, forcing him to become the King of Hell’s executioner who becomes conflicted by his choice, leaving him to think about his weight on the cosmic balance of both good and evil. While he awaits his chance to join the fight, you can check out the official 19-minute gameplay demo down below.

Devil’s Hunt is set to launch on PC, PlayStation 4, and Xbox One in 2019. Stay tuned as we’ll keep you up-to-date on news regarding the game as we approach its launch.